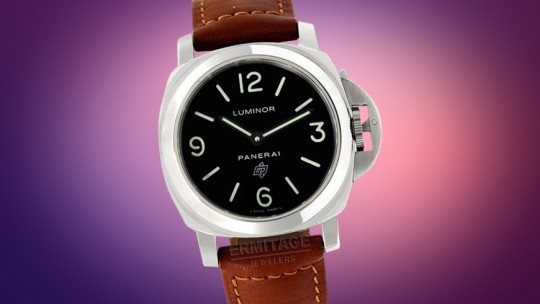 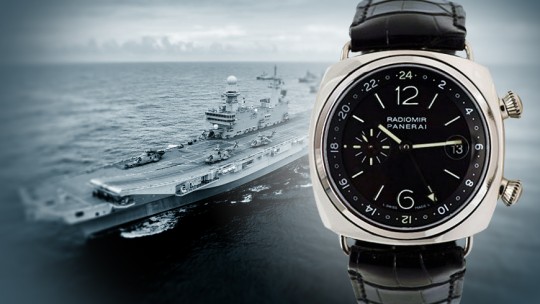 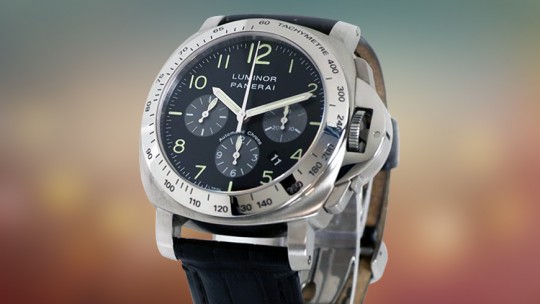 Florence, Italy has been the capital of artistic development and a home to multiple generations of ground breaking and trend setting artists. It stands to reason that one of the popular luxury watch brands was started there in the late 1860 by Giovanni Panerai.

In 1864, Panerai took a different direction and in addition to high quality pocket watches began specializing in mechanical engineering and production of specialized instruments for the Italian Navy. The company became known as Guido Panerai & Figlio and was the precursor to what will later be known as Officine Panerai.

During the early years of the 20th century, Panerai went beyond being a watch and specialized tool retailer and added a state of the art repair shop, some years later the enterprise also evolved into the first watchmaking school in Florence.

In 1915 Guido Panerai patented Radiomir, a process of creating luminous markers using Radium, a highly radioactive material. It is likely that Panerai didn’t know about the dangers of consistent exposure to Radium.

Over the course of a few decades  leading up to World War II, Panerai worked with Italian and Egyptian armed forces creating specialized instruments such as officers watches, depth finders, compasses and many more.

Panerai began working with Rolex to create their first line of diving watches in the mid to late 1920’s. These timepieces were large (by the standards of the day) and bulky pieces. Even in comparison to the 40 mm Rolex Military Submariner, Panerai diving watches appear bigger and significantly more imposing. Panerai officially approached Rolex in the mid 1930’s to create a water resistant watch for the Italian Navy. Panerai had three requirements: the watch had to be water resistant enough for diving purposes, the dial had to be visible in the dark, and the watch had to be large to promote legibility.

After Panerai stopped producing watches for the military, the popularity of the brand dwindled into nothingness. It wasn’t until 1993 when Sylvester Stallone walked into a Panerai store and fell in love with the designs. Stallone purchased a large number of watches to give to his friends and relatives. One of these watches ended up on the wrist of Arnold Schwarzenegger. Almost overnight the popularity of the brand was restored.  In 1997, Panerai was purchased by the Compagnie Financière Richemont.

Today Panerai is a part of the Richemont group and is sold through a number of authorized retailers around the world. Through creative marketing the brand almost completely recovered from its initial downfall during the mid-20th century. Currently Panerai has three main collections: Watch Collection, Special Editions, and Clocks and Instruments.

The watch collection encompasses some of the more popular Panerai wrist watch models. These functional and elegant timepieces received a much needed facelift over the years. The highly radioactive radiomir material was replaced by phosphorescent luminous pain, the movements were upgraded and the cases became sleeker and more suited for modern day gentleman. The Watch Collection includes: Radiomir Black Seal line, Radiomir 1940, Luminor 1950, and Luminor.

This collection encompasses very special watches produced by Panerai over the course of the last seventeen years. The collection is laid out by year and features a few timepieces each. The watches in this collection have a limited production run and are highly sought after.

From table clocks to thermometers, hydrometers, and wall clocks, this collection has it all. The Clocks and Instruments collection pays homage to the early beginning of Panerai brand when Guido Panerai & Figlio were producing specialized maritime instruments for the Italian Navy.

At Ermitage Jewelers we buy, sell, and trade vintage and modern, pre owned Panerai watches. Own a piece of horological history today by browsing one of the largest Panerai collections.

Regardless of whether you are looking for a new watch or just wish to trade up for something different, Ermitage Jewelers is the place for you. We are competitively priced and can work with almost any budget.

Stop by our convenient Atlanta location today or browse our online Panerai collection!