What is a Watch Movement

A watch movement is the internal mechanism of a watch that keeps time. In modern day horology it is not uncommon to find the same movement in a number of watches that are produced by the same company. However, high end, luxury, Swiss watchmakers design their watches with movements specific to the watch function. For example, Rolex Yacht-Master II has a regatta chronograph, a brand new movement designed by Rolex specifically to keep track of the starting sequence of a yacht race. While a Rolex Milgauss is designed with an antimagnetic hairspring which allows it to keep accurate time even in highly magnetic environment. 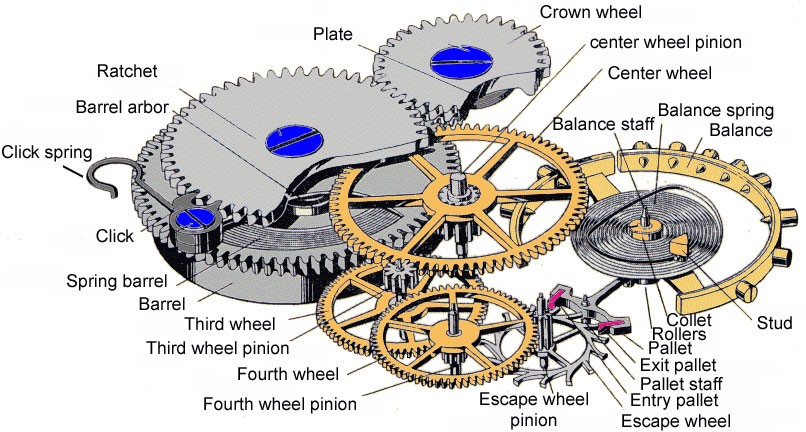 A manual watch movement consists of the following components: 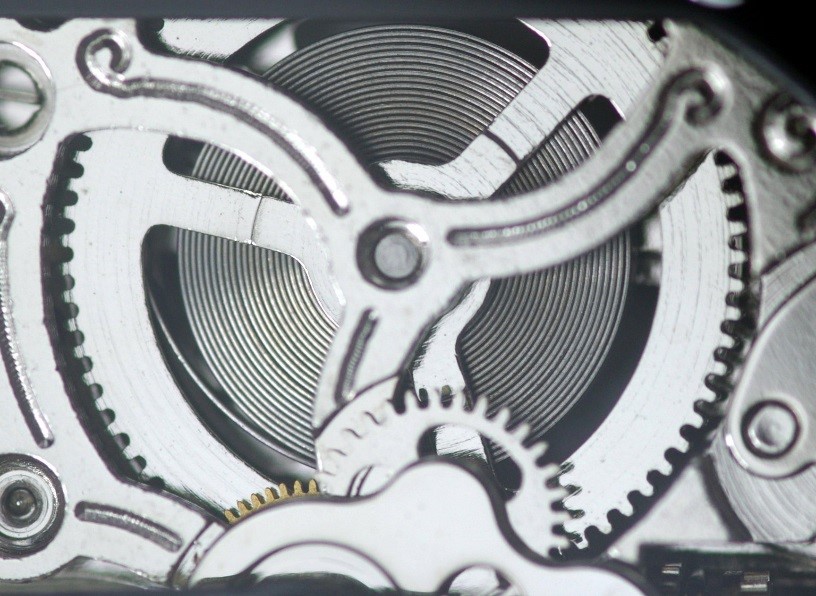 A mainspring is a power source in the mechanical movement. Winding (or turning) the crown coils the mainspring. Gradual unwinding of the mainspring turns the gears inside of the watch mechanism.

A gear train consists of a number of wheels or gears that transmit stored energy from the mainspring to the escapement to drive the balance wheel. A gear train (or train) has two functions:  1) it scales up the speed of rotation of the mainspring. This allows for the use of a very strong and slow turning mainspring to be used that will keep tension without the need of being wound for days. 2) Allows for the rotation of the escape wheel to be divided into units of time (seconds, minutes, hours). 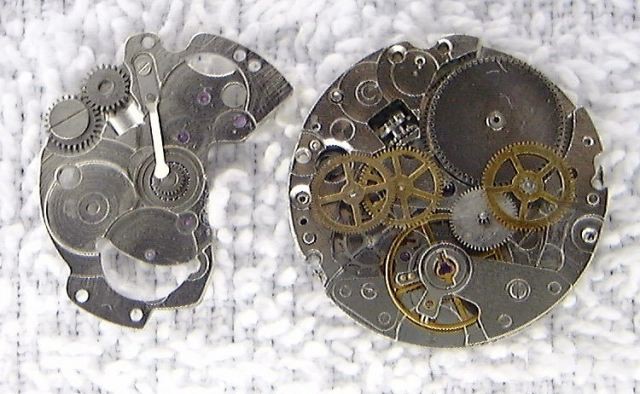 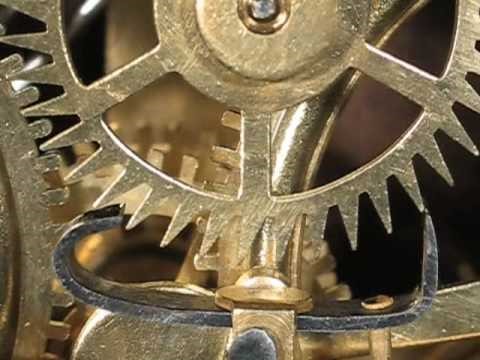 An escapement is a part of the movement that transfers energy from the mainspring through the use of the gear train to the time keeping element (the balance wheel) in equal, regular increments. 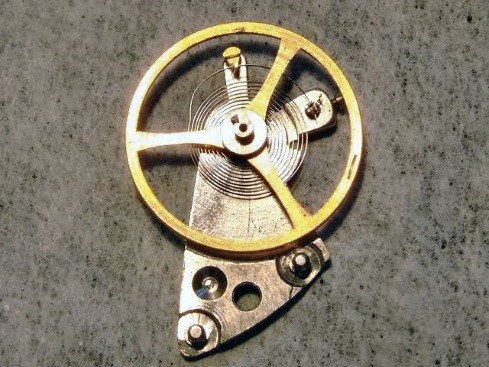 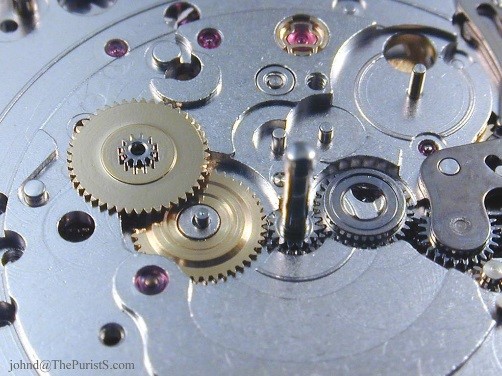 Dial Train is also known as the handsetting train. It is a set of gears that translate the energy from the balance wheel and transfer it to the hands of the watch allowing them to move and show accurate time.

An Automatic Movement or a Self-Winding Movement is a mechanical movement in which the mainspring is wound automatically through the natural movement of the wearers hand or winding box. A Self-Winding Movement contains an eccentric weight (or a rotor) which turns on a pivot. The natural movement of the wearer’s wrist causes the rotor to move. This motion translates into a circular motion of the rotor, which winds the mainspring. Most watches with automatic movements have enough reserve energy to keep the watch running for 48 hours. This allows the watch to remain running while it is stationary overnight.

Because the self-winding mechanism continues to work even after the watch was fully wound up, measures had to be taken to prevent the mechanism from putting access pressure on the mainspring. To prevent overwinding a slipping clutch (or a bridle) is installed. A bridle transfers additional force from the fully wound mainspring allowing it to maintain proper tension.

The first Quartz movement was developed by Seiko. In this particular movement a rotor turns a small electrical generator. The generator charges a battery or a capacitor which powers the movement. This removes the need for the traditional, routine battery replacement.

Flyback feature is an additional feature that appears in some chronograph watches that enables the wearer to start, stop, and reset the stop watch independently of all other chronograph functions.

A Quickset date allows the wearer to adjust the date by simple turning the crown of the watch until the correct date appears on the date wheel.

Rolex wanted to produce a hairspring that was resistant to magnetic fluctuations as well as shock. After years of experimentation, Rolex finally developed a metal alloy that fit their needs. A combination of Niobium and Zirconium was fused together in a high vacuum at 2400 °C and electrified by 5, 000 volts. After the metal is removed from the furnace, it reacts with atmospheric oxygen and turns blue. Rolex called this metal alloy Parachrome. Parachrome Blue Hairsprings are used in Rolex Milgauss, Rolex GMT-Master II and a number of other watches. 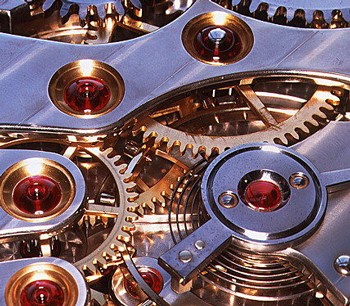 Jeweled bearings is a bearing in which a metal spindle turns in a jewel-lined pivot hole. Jewel lined bearings are used predominantly in watch movements and precision instruments due to their small size and weight, low, predictable friction, temperature stability, and the ability to operate without lubrication. All of these factors increase the accuracy of a watch movement or a precision instrument while cutting down on maintenance cost and frequency.